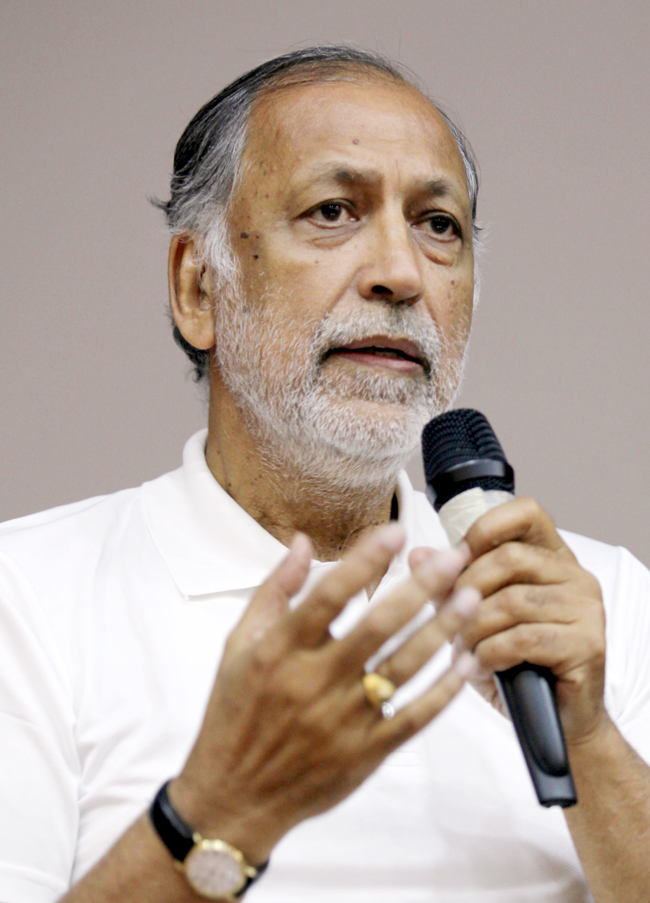 Nishikant Khajuria
JAMMU, May 5: As Jammu and Kashmir has abundance of talent and bright youth, initiatives need to be taken at State level for encouraging the business people to set up software ventures here for generating job opportunities in J&K.
This was stated by Rajendra S Pawar, Chairman and Co-Founder of India based multinational National Institute of Information Technology (NIIT) Group, during an exclusive interview with the Excelsior.
“The State has made a kind of roadmap with the setting up of very good educational institutions here and now I think we should focus on how to create promising opportunities so that the youth who come to the State, stay here to create business, which generates jobs,” he opined.
While elaborating, Pawar stressed that the State should bring out policies which attract the companies willing to set up something in the area of software in Jammu, Srinagar etc like we have done for manufacturing sector and tourism here. “The Government has to build an approach why it would make sense for companies from outside to set up their ventures here,” he added.
Pawar further explained that like Industrial Estates in J&K, Government should set up Special Economic Zones (SEZs) offering to the entrepreneurs what States give in terms of economic incentives as people would not come in middle of nowhere. “The Government has to take the lead and announce the policy to attract business people for setting up companies here in software, then we will see how many will come because there are so many choices now in India,” said son of the soil, who is heading the multi-national IT company, operating in more than 38 countries across the world.
Giving example of cyber city Hyderabad and Bangaluru etc, which had nothing in software earlier, Mr Pawar said leadership of these States felt that there were lot of young bright people and they started introducing policies, which at that time were useful. ” Lot of incentives were given to the software industry for coming to their State instead of going Mumbai or staying in Delhi and they continued to give such incentives, ” he added and maintained that each State has its unique situation to motivate the business people and incentives do not mean necessarily money is to be given.
Observing that people of J&K have done very well academically and there are bright youth, Pawar stressed that the Government leadership should now think of attracting companies from outside world to create opportunities for this talent. “Good institutions like IIT, IIM and Central Universities have been set up here and there can be better and better talent. Now, we have to create opportunities for this talent. The Government should think of by way of which these opportunities can be created so when the talent starts coming from these institutions, they can be absorbed here or they have to go outside,” he explained.
Virtually rejecting the argument that Article 35-A and Article 370 of the Indian Constitution are bottlenecks in developing J&K as IT hub, Mr Pawar pointed out that there were several manufacturing companies doing quite well here. “Earlier also, there were some companies working in textile. There are power generating good entities here. Business people just want to get an environment that is conducive and they want to tap where the talent exists and my view is that talent is existent here,” he opined while refusing to comment on the contentious provisions and maintaining that the unrelated matters should not be linked.
In response to a query with regard to present IT scenario in Jammu and Kashmir, Mr Pawar said that much more needs to be done. “There are many States like J&K which still have to make a start. We are not the only one and we are not the last one. There are many States which have not done much for IT. So there is space for the leadership in the State to think of how to create opportunities for young talent and there are many other States on the same boat. So we are not far behind,” he observed.