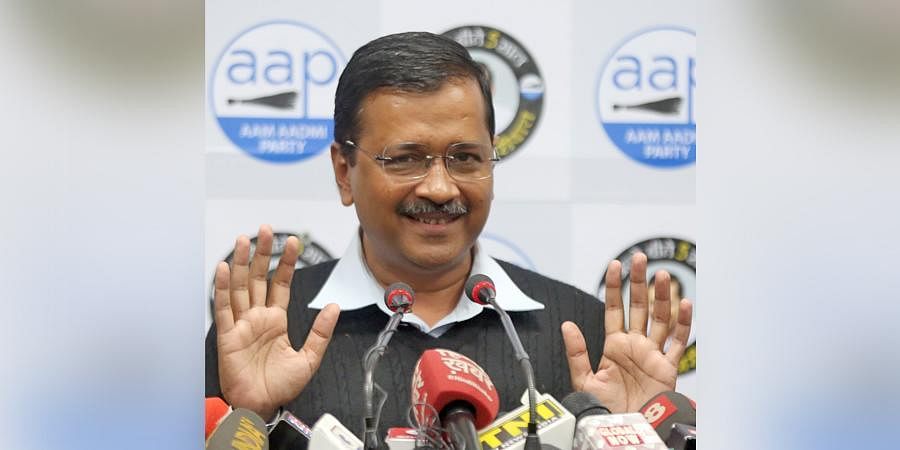 NEW DELHI: Delhi Chief Minister Arvind Kejriwal on Friday urged the BJP and Congress supporters to vote for the Aam Aadmi Party irrespective of their political allegiance, in order to continue the development work in the city.

In a video message, posted on his Twitter handle, Kejriwal said while his party will continue the development works in education and health among others, the opposition parties will stop it if they came to power.

“If you are BJP or Congress supporter, continue supporting your party. But please vote for AAP. I don’t want to speak bad of any party but you will agree that in 70 years no party cared about the schools, hospitals and electricity. We worked very hard in the last five years to improve all this. All the developments in education and health will stop if some other party comes to power.”

He directly attacked the BJP in Haryana and Uttar Pradesh and the Congress in Punjab, saying they hiked the price of the electricity in their states. “But I made it cheaper for you,” he said.

Along with the tweet in Hindi, Kejriwal tagged a video in which a Delhi Government school student is seen addressing an IT-Tech conference.

“We have given pens and computers in the hands of children and dreams of entrepreneurship in their eyes! They are giving guns and hate. What do you want to give to your children? Will tell on 8 Feb!,” he said.

The Aam Aadmi Party on Thursday had alleged that the minor who opened fire was given protection by the BJP as the police did not act on time while he was walking with a gun.

He said the people of the city have to elect the Aam Aadmi Party, “so, press the ‘broom’ button on February 8”.

Broom is the election symbol of the AAP and Delhi is going to polls on February 8.